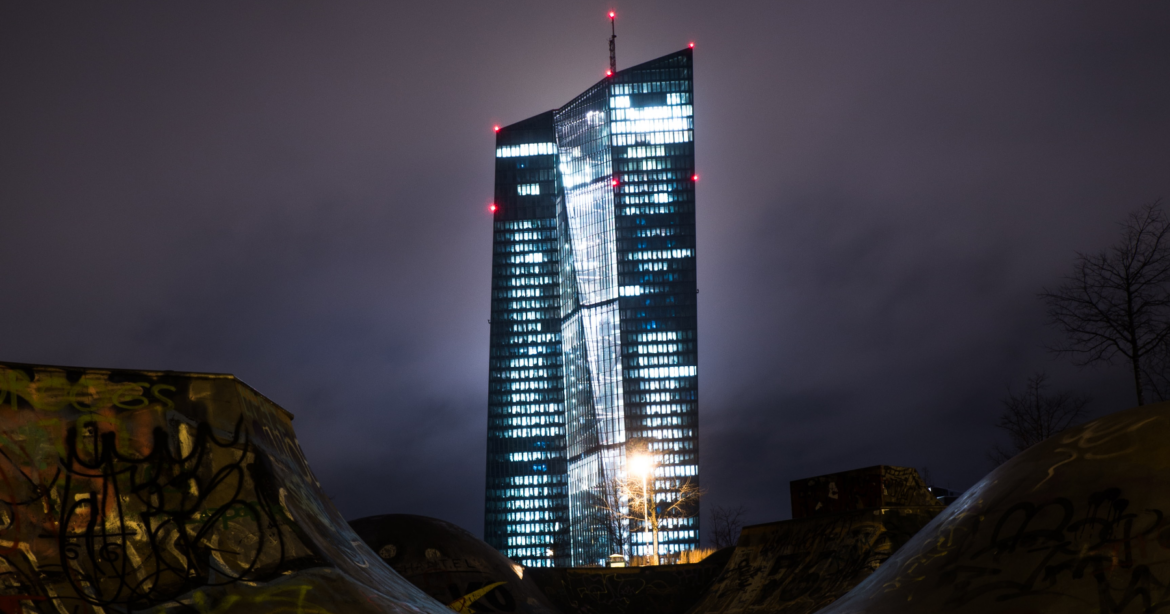 ECB President Lagarde announced a keenly awaited new policy statement on April 30th. There was to be no increase to the Euros 750 billion Pandemic Emergency Purchase Programme (PEPP), but the economic deterioration of member states would be closely watched and, if necessary, the size of the programme would be adjusted in the future. She further endorsed the proposed new euros 1 trillion Recovery Fund which is supposed to take the pressure off the ECB in supporting member states’ efforts to rebuild virus hit economies. Media reported that the ECB was ‘keeping its powder dry’.

But many commentators were surprised there was not more depth and breadth in this ECB policy response. Leaving aside the relatively modest PEPP, whose detailed liability structure among the member states has still not been comprehensively explained, this ‘wait and see’ approach is at odds with those of other major central banks. Both the US and Japan are throwing the kitchen sink at the Covid fallout, each planning large asset purchase programmes of around 30% of GDP. The US figure of Dollars 2.3 trillion is far away from ‘wait and see’. Why did the ECB not follow suit? Put simply, the ECB is losing its authority and Europe risks bifurcating. 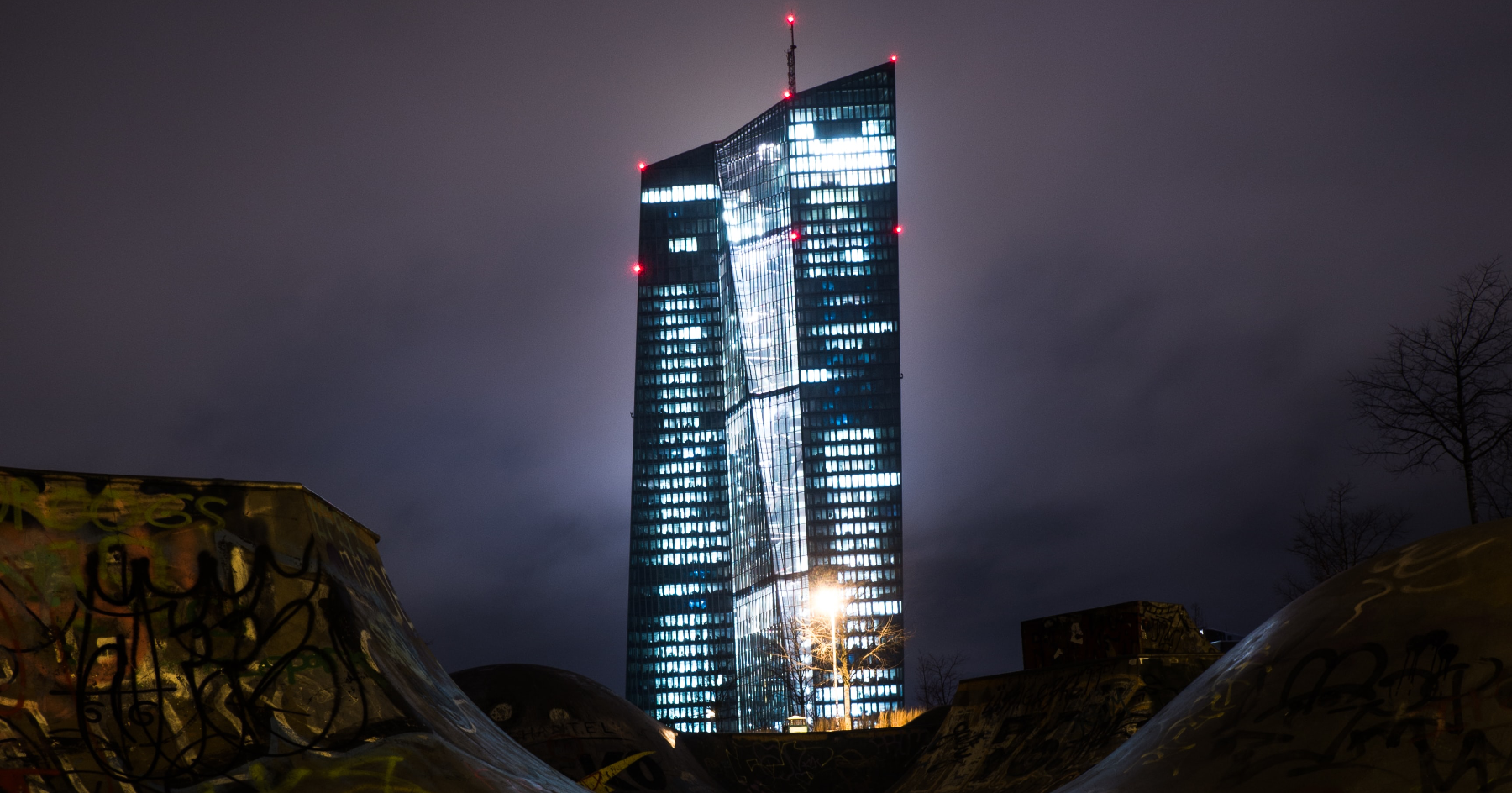 Europe Splitting Into Two, Not so Quietly

Germany unofficially leads the small group of creditor nations (the others being Austria, the Netherlands, Sweden and Denmark) who are holding the line, as we reported last month, against what amount to fiscal transfer demands of the nine Club Med member states led by France. Things are getting ugly, with Bruno LeMaire, France’s finance minister playing his trump card – threatening to break up the euro – almost every time he speaks in public. President Lagarde has felt compelled to acknowledge the challenge; her words “we will not tolerate any risk of fragmentation” – were a thinly veiled response to France’s leaders. Unfortunately for the ECB, it is by no means clear that Germany’s present and incoming leaders are particularly concerned for the economic wellbeing of the Club Med member states, and it seems increasingly clear that their confidence in the ECB’s stewardship of the euro is declining. As soon as it became apparent that the virus would represent a sharp economic shock, Germany led calls for the suspension of the rules prohibiting aid by national governments to their countries’ businesses. Germany quickly spent Euros 1 trillion, equal to 52% of total EU approved member state aid approvals, on supporting German businesses. Spain and Italy, in no position to compete, have spent hardly anything.

Markets Pricing in Eurozone Break Up

Taken together, these three developments — words rather than actions from the ECB, France’s constant intemperate threats to destabilise the euro project, and Germany’s calm and efficient taking of matters into its own hands — have clearly influenced financial markets. Germany continues to invite investors to pay it for the privilege of lending to it, whilst borrowing spreads on Italy’s government debt have widened to 2.4% positive. Goldman Sachs, always strong proponents of a federalised Europe, suggested that Italy’s spreads would be much higher were it not for the ECB’s intervention under the guise of the Euros 750 billion pandemic emergency fund. Goldman Sachs believe that up to 40% of all pandemic purchases have been of Italian government and municipal debt.

Another sign of strain in Europe’s financial markets is the widening of the gap between 3-month Euribor – a floating rate determined by market actors, and OIS (Overnight Indexed Swaps) which is heavily driven by the ECB’s wholesale overnight rates for banks. Usually hovering around 10 basis points (0.1%), this spread has widened to around 30 basis points despite the new ECB liquidity programmes announced in March. We do not laud the US financial markets as a bastion of stability given the vast sums of money being printed, but the Fed has been able to move swiftly and at scale representing the full faith and credit of the USA, whereas the ECB has not. The magnitude of the Federal Reserve’s response lays bare the predicament of the ECB.

The USA’s Response Compared with Europe’s

The Federal Reserve (the Fed), at its 15 March Open Markets Committee meeting, announced that it would increase its ownership of government bonds by $500bln and of mortgage backed securities by $200bln. On the 9th April, the Fed made available $2.3 trillion of new QE funding, but structured as loans to special purpose vehicles (SPV). For many of these vehicles the US Treasury will be at risk for the first loss tranche. The composition of these programmes is as follows:

1. Main Street Lending Program of $600 billion to buy loans to small and medium sized businesses.
2. Primary and Secondary Market Corporate Credit Facilities and Term Asset-Backed Securities Loan Facility amounting to $850 billion conducted through capital markets transactions from banks and dealers. The quality of the corporate bonds purchased in the SPV can be as weak as ‘junk’ bonds.
3. Municipal Liquidity Facility for $500 billion which will lend to states and municipalities with cash flow problems.
4. Paycheck Protection Programme, $350 billion, purchasing loans from banks made to small businesses who are keeping workers on the payroll.

All these programmes have been established under Section 13(3) of the Federal Reserve Act with the approval of the US Treasury Secretary.

The Fed’s balance sheet will therefore grow further. It has risen by $3 trillion in the past two months to a historical high of $6.7 trillion. It is expected to reach around $9 trillion by year end which will be a 120% year-on-year increase and equivalent to 43% of present US GDP. The deployment of the SPV structure is a clever piece of engineering to minimise the risk of the Fed being forced to recognise any losses. Of course, the ECB would wish to emulate this structure, but has chosen not to attempt it given the political difficulties of persuading the richer member states to underwrite liabilities of the weaker ones. With Germany in particular, political tensions just increased. Early in May, Germany’s Constitutional Court in Karlsruhe delivered a judgment questioning the legitimacy of the ECB’s euros 2.2 trillion asset purchase scheme. The response of the European Court of Justice was direct and blunt – it dismissed the German court as lacking competence in matters of EU law.

The ECB is in a policy jam. Germany’s willingness to entertain any future steps towards completing monetary union has always been predicated on two demands; firstly that the ECB should allow only sound banks to operate and access the Eurosystem arrangements in place between the national central banks; and secondly that the more profligate southern member states rein in their spending and implement fiscal reforms.

The ECB’s only choice is to call for fiscal policy action. Only a common European fiscal response that is “swift, sizeable and symmetrical” can pull Europe through this and re-establish a sense of unity among member states. This is the Recovery Fund. The problem is that Germany and other creditor states are unhappy with even this, and the Recovery Fund has been downgraded to a ‘Recovery Initiative’ requiring private investment. Recognising how serious the situation is becoming, the ECB is now calling for full integration. In the same speech President Lagarde acknowledged that, whilst May 8th marked the 75th anniversary of the end of the War, May 9th was the 70th anniversary of the Schuman declaration:

“this is our generation’s “Schuman moment”. We have been passed the baton of European integration. We are seeing our de facto solidarity all around us. And we are being asked to act, as those before us did, by strengthening Europe in response. I am confident that we will recognise our historical responsibility and rise to the challenge.”

If, as we expect, France continues to resist fiscal reforms and ramps up the demands of the nine Club Med states for transfers, we expect the ECB to support these demands. 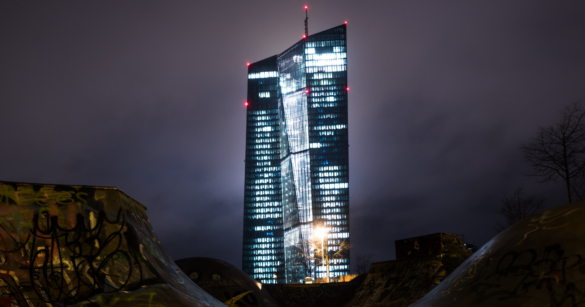