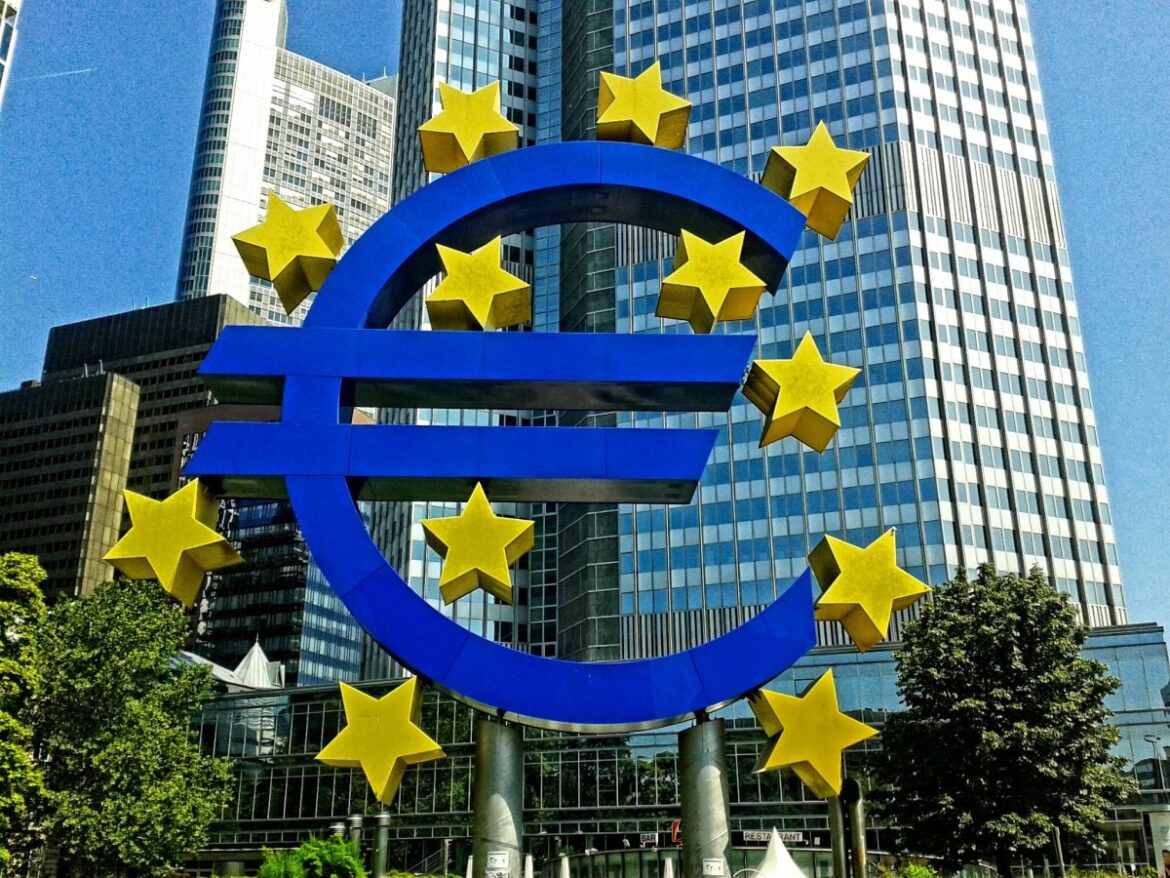 Given the media’s focus on the March 29th Brexit date, the views of present and former EU political leaders captivated recent mainstream media. Former Italian prime minister Paolo Gentiloni called Brexit ‘the biggest mistake by a European country since the war’. Poland’s prime minister, Mateusz Morawiecki, just wants the UK to be offered anything to persuade them to leave and allow Europe to move forward. France’s President, Emmanuel Macron, the champion of euro federalists, seeks to leverage the Brexit ‘impasse’ into his re-energised campaign for major steps towards ‘more Europe’.

“Never, since World War II, has Europe been as essential”

President Macron calls for a ‘Conference for Europe’ later this year. New EU institutions should be established to oversee democratic elections in member states, to reform Schengen and migration in the interests of EU Internal Security, and to enable Europe to ‘recover progress’. This last rather vague term encapsulates matters as diverse as the elimination of carbon emissions (overseen by a new European Climate Bank) and the enhancement of social protections for workers.

ECB Ambitions to Enhance Authority over the Euro

Behind these political headlines, the ECB reinforced our view that significant further European monetary deepening now in the form of global role enhancement of euro activity is sought. Three aspects of this aspiration have been outlined:

a) Enhancing the role of the Euro in Global Trade

After 20 years of the euro, the ECB has noted its puzzling decline as a reserve currency, presently standing at an historic low of 21% of global foreign exchange reserves. They see policy prescriptions to overcome the design faults of monetary union as aligned with measures to strengthen the euro’s global role. Initiatives to increase euro invoicing in international trade among euro members is seen as deepening global euro liquidity whilst making the domestic monetary policy transmission channel more effective by insulating import prices from exogenous shocks. The issuance of a large, elastic supply of safe euro assets for domestic and international investors is seen as a requirement to absorb this proposed future liquidity.

In addition to financial exchanges that facilitate broker to broker communications and trades, there have always been Central Clearing Counterparties (CCPs) which are financial institutions that mutualize the risk of default: credit risk, to which trading counterparties are exposed. CCPs do this by spreading it among all users of CCPs and managing the risk by establishing collateral rules and requirements. Although privately owned, CCPs are regarded as critical parts of the international financial architecture and, after the Great Financial Crisis (GFC), have grown in importance as central banks and global regulatory bodies have seen them as the solution to the ‘domino effect’ explanation offered for the GFC itself. Without CCPs, the argument runs, there were too many bilateral “over the counter” trades that regulators could not track or supervise properly. Thus, when Lehman Brothers collapsed, domino after domino fell and chaos ensued.

From 2010, in Europe, the European Market Infrastructure Regulation (EMIR) has mandated central clearing of an array of securities including foreign exchange and derivatives. One of the major European CCPs is LCH Clearnet based in London; it clears over 50% of the global interest rate swap market. The settled international regulatory position is that CCPs are regulated in the country in which they are located. This may be about to change. The ECB’s Benoît Coeuré recently announced at a conference in Frankfurt that the ECB wants regulatory oversight of all CCPs that process euro denominated instruments outside of Europe’s borders. The ECB laments the “lack of ambition” towards such reform by EMIR and wants the ECB to have regulatory oversight over all aspects of euro clearing:

“Where global CCPs are systemically important for financial systems or currency areas…..each authority should [have regulatory oversight].”

This proposal may have potentially significant consequences. One important function that CCPs undertake is offsetting credit exposures between banks and brokers on their platforms. Only the netted exposure numbers feed into regulatory returns that banks submit on a daily basis, including those demonstrating capital adequacy under the Basel Rules. Mr Coeuré’s comments such as: “blind trust is not enough” [in foreign regulators’ oversight of CCPs] implies a major new push for ECB led changes to operational oversight, perhaps imposing a centralised set of standards and requiring European banks to net exposures across all jurisdictions. This will likely entail the encouragement of euro clearing’s relocation within Europe’s borders unless the ECB is granted regulatory oversight of foreign euro clearing and settlement. Without netting across jurisdictions, significant increases in bank capital requirements will ensue.

To understand the significance of the aspirations of the ECB towards furthering control of euro creation, it is necessary to revisit the 2008 GFC and recap the steps taken by central banks to ‘normalise’ financial markets. Everybody knows about bailouts and the assumption of new debt liabilities by taxpayers. Less well understood are the central bank to central bank swap lines.

Central bank swap lines are necessary for any national central bank to obtain foreign currency from outside its jurisdiction in market failure conditions when, as Lender of Last Resort, it needs to provide such currency. Post GFC there were many banks in London holding ample US dollar collateral, but who were unable to borrow the dollars they needed to settle outstanding obligations. The US Federal Reserve established swap facilities with the Bank of England and thereby eased this liquidity transmission system.

Mr Coeuré, in his Frankfurt speech, pointed out that the expectations of central banks in a fresh financial crisis would be that they act as a ‘liquidity backstop’ to CCPs. He articulated clear concerns of the ECB that any deficiency in risk management by foreign CCPs might “transfer liquidity strains to banks” and in turn imperil the smooth operation of the euro payments system itself. For these reasons the ECB intends to arrogate unto itself the same powers over foreign based CCPs as it possesses over those within the EU, namely access to all information the CCP presently receives regarding euro clearing, full disclosure of each CCP’s supervisory arrangements and compliance returns, and finally power over CCPs’ settlement arrangements in central bank money – the power to specify when CCPs ‘should hold central bank accounts for deposit and settlement purposes’.

These proposals are already controversial; Mr Coeuré conceded this in his speech. They challenge the present assumption that all major central banks are entitled to assume that each CCP is being regulated to the same standards regarding its activities in every currency under established global conventions of ‘equivalence’. These proposals undermine the spirit and role of intra central bank swap lines, and it is interesting that at around the date of the speech the Bank of England announced that it had assured UK banks that they could rely on the Bank to draw on its swap lines with the ECB to provide euro liquidity to banks (doubtless via CCPs), should markets wobble in any No-Deal Brexit scenario at the end of this month.

It will be interesting to observe the reaction of global institutions such as the Bank for International Settlements, since the ECB’s proposals represent a change to the settled global order.

For obvious reasons, pithy technical issues such as CCP management and central bank swap lines have received little coverage in the popular media. However, we sense that the ECB, fully aware of the fragility of European banks, confidently believes that now is the time to ride the political surf tides and push hard for much tighter control over euro issuance, euro creation by renegade states as part of a grand drive towards enhancement of monetary union. But what about the cost?

We suspect that the immense financial cost of the array of proposed new institutions and other centralisation measures envisioned by President Macron is considered irrelevant. We live in an era where a new modern economic theory prevails – government deficits do not matter and can be increased infinitely. What matters to Europe’s integrationists is the political opportunity that present circumstances provide. Multiple member states such as Italy and the Visegrad four have been a thorn in the side of those pushing to ‘unite’ Europe. But three Visegrad states, Hungary Poland and the Czech Republic, are outside the Eurozone. In the political push for unity it seems likely that these will be pressed to comply, adopt the euro, or leave The European Project.

For these reasons the political climate seems more supportive than ever of the desires of the ECB to enhance and strengthen (in a political sense) the euro. If member states are too slow in undertaking ‘structural adjustments’ there will soon be an EU institution willing and able to design and impose such adjustments on such state.