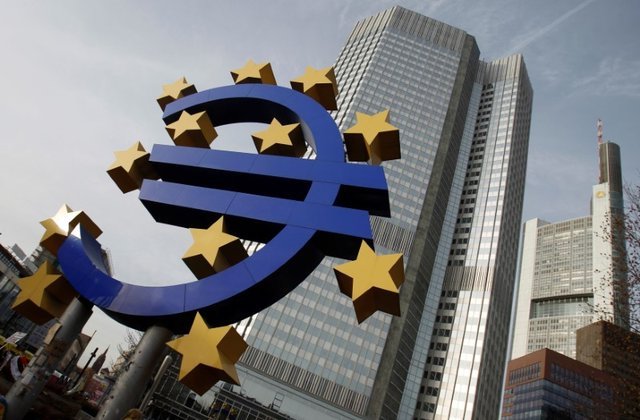 In January, there were two interesting speeches by senior ECB figures which provided some insight as to likely future policy.

Speaking at an event in Riga to commemorate the fifth anniversary of Latvia’s adoption of the euro, ECB vice president Luis de Guindos (also a former Finance Minister of Spain) laid out the ECB’s 2019 policy commitments.

His starting point was that eurozone membership is unquestionably a good thing; Latvia’s government bond spreads to German bunds have shrunk to 40 basis points from 180 basis points prior to eurozone membership. But of course, all eurozone government bond spreads have been narrowed as a result of the ECB’s asset purchase programme. Perhaps aware of this counter, De Guindos stated that the end of the ECB’s asset purchase programme “does not mean that monetary policy accommodation has ended”, and he gave the example that maturing asset proceeds will continue to be reinvested.

De Guindos then highlighted other new policies. He foresees a deepened Single Market as the “engine of potential”. How is it to be deepened? By completing banking union and capital markets union; including the controversial common deposit insurance scheme for banks, backed up by the Single Resolution Fund which will be supported by a new backstop. These measures are necessary to pressurise Eurozone members which have been slow to implement structural reforms.

Implementation has been “sluggish at best”, and some countries are failing to adhere to the Stability and Growth Pact. Put differently, if national governments do not respect the rules regarding public sector indebtedness, the new policy will entail a power shift to EU institutions. Readers of our January Newsletter will not be surprised by the content of this speech since it neatly summarises the measures proposed in the December report of the 19 Eurozone Finance Ministers which we analysed therein.

A second speech that caught our attention was delivered in London by ex-ECB board member Vítor Constâncio. He spoke about the need to control, ie flatten, the yield curve. Maturing ECB asset purchases can be reinvested in bonds with longer maturities, perhaps in the 5 – 10 year range. The ECB will have to change some rules to do this. Until now, the policy has been to buy assets in proportion to each country’s share of the ECB’s capital key. This was considered an important rule to negate any suspicion that the ECB might favour one member state over another. It is possible that a new rule might be developed that will give the ECB discretion, or where a member state has failed to comply with Stability and Growth pact rules.

Irrespective of the modus operandi, we fear that such a policy is misguided. It has been adopted in Japan, where the Bank of Japan now owns about 45% of the Japanese Government Bond market. History shows that when nations depend exclusively and in circular fashion on their central banks to finance their debt, things never end well.

Leaving aside the much talked about political difficulties in enhancing centralised authority over member state debt and other policies impacting banks, these likely ECB policies face two significant economic challenges.

These speeches assume that the general economic outlook is benign. However, we think the weakness of the Eurozone economy is understated. Mainstream perception is changing quickly. Where forecasts for Europe’s 2019 growth were reasonably optimistic in December, in January they were revised sharply downwards. One reason was falling demand in Europe’s major export markets such as Asia. Another was increased awareness of Europe’s debt levels.

Hunt Economics’ recent report notes that since 2010 Eurozone GDP, adjusted for CPI, has grown by on average only a modest 0.6% per annum. However:

Of interest is the outlook for France. French banks have relied heavily on foreign (mainly USD credit) and have about EUR 400 bn of foreign bonds outstanding. The French private sector is even more reliant on foreign indebtedness, with EUR 600 bn outstanding. As international investors coalesce around the gloomy consensus outlook for Europe, likely to be underlined by the ECB neither actually raising interest rates nor suggesting it might do so under its “forward guidance” procedure, the risk of a refinancing crisis for French banks hardens.

The ECB will do everything in its power to prevent such a crisis appearing, so we expect further accommodation by way of new rounds of Long-Term Refinancing Operations (LTRO), in conjunction with increased reliance by the French central bank on TARGET operations and routine repurchase facilities. In addition, because the ECB also is aware of Italy’s likely debt refinancing needs, Hunt Economics expect the ECB’s total liabilities to expand by a further EUR 1 trillion over the next 12 months. About half of these liabilities “pay interest”; but of course, the interest rate on reserve deposits is negative. Therefore, the creditors of the ECB, mainly German banks, are facing increasing losses, estimated at 2-3% of their already thin capital bases this year. It is increasingly obvious that this cannot go on indefinitely.

The public pronouncements of the EU, of the ECB and of member-states authorities continue to claim that banking has been successfully turned around from the dark days of the crisis and is now in relatively good shape. De Guindos again:

There are several problems with this quotation. Firstly, it is obvious that high profile systemically important banks are very weak. In Italy, BMPS shares were recently suspended again only 2 years after its EUR 15 bn taxpayer bailout; almost at the same time Banca Carige has collapsed. In Germany, Deutsche Bank’s hybrid capital instruments (CoCos) are yielding 13%, and its share price has halved in the past 12 months.

Secondly, we have previously observed that many of the previously reported non-performing loans have simply been converted into ‘performing’ by redocumentation that amounts to balance sheet sleight of hand. Thirdly, the ‘framework for resolution’ is far from clear and member state governments remain broadly in control of the process – that is why the ECB is supportive of the new proposed measures towards greater EU authority at the expense of member states. We are highly sceptical about the claim that banks “hold more and better-quality capital”. We have noted before that banks do not “hold” capital; this verb confuses shareholder funds with reserves which are assets. All of banks’ thin layers of capital are deployed in their assets, and if these are overvalued or future weaknesses in the underlying economies to which banks are exposed materialise, then bank insolvencies will occur.

Fourthly, accounting rules are constantly changing to mask weakness. One example relates to many of Europe’s largest banks termed ‘bancassurance’ businesses (spanning both insurance and banking). Recent rule changes allow insurers to discount the liability side of their balance sheets at different rates from the asset side. Using the high liability discount rate minimises liabilities and reduces required regulatory capital. We fear this is too technical for mainstream media to have grasped.

The ECB is aware of all the above concerns. It has patently been caught behind the curve in the normalisation cycle of global interest rates. Presumably, it is happy with its policy prescriptions and accounting tweaks to achieve financial stability and pretence of bank solvency. However, the continued collapse of credit risk premia and accounting mirages cannot deviate from reality indefinitely, at some point a reckoning will occur.

Sadly, this policy of continuing to claim that banks are stronger than they really are creates perverse supervisory incentives, which do nothing to provide any required solutions.

For these reasons, we fear that banks will continue to be a drag on the Eurozone.